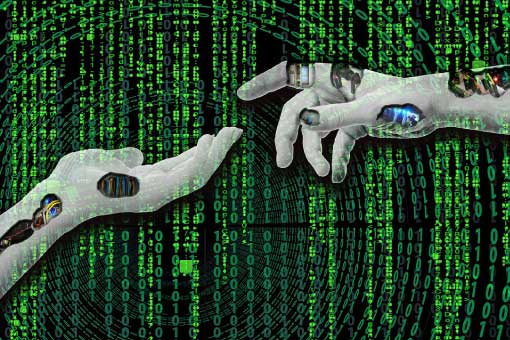 Machine ethics is a young, dynamic discipline, which primarily targets people, not animals. However, it is important that animals are kept from harm when encountering these machines since animals cannot make informed decisions or react as humans would.

Several prototypes of semi-autonomous and autonomous machines that do not startle animals in the wild have been developed at the FHNW University in Brugg-Windisch, Switzerland. The prototypes are a ladybird-friendly robot vacuum cleaner, a self-driving car, a drone study for nature photography and advanced driver assistance systems.

The article "Towards animal-friendly machines" by Professor Oliver Bendel of the FHNW School of Business, published in De Gruyter's open access journal Paladyn, Journal of Behavioral Robotics, describes how annotated decision trees for animal-friendly moral machines are being developed and compared while making the moral justifications transparent.

The modeling for the drone, for example, was presented in 2015 and instructed it to ignore humans, to avoid harming flying birds and to identify skittish animals and only photograph them from an appropriate height.

The robot vacuum cleaner was programmed to identify ladybirds by their coloring, and stop vacuuming until the insect had moved on. Furthermore, the owner could control the morality of the machine by presetting it to spare ladybirds, but vacuum other invasive or undesirable species. This may not seem animal-friendly, but absolute moral rules need not be enforced consistently if, for example, a vermin-free house is justified.

Programming advanced driver assistance systems (ADAS) in terms of decisions they can make with respect to animals is the main focus of the Robocar design study. The study posits that ADAS should recognize warning signs for toad migration, hedgehog populations or deer crossings and adapt the car's reactions (emergency brake, reduced speed, etc) accordingly. In short, ADAS systems should identify such animals and animal species directly and react appropriately.

"Both robotics and computer science must be sensitized to animal protection and advocates for animal ethics should follow developments in robotics and artificial intelligences and should be involved in both," said Professor Bendel.